I am making a concerted effort to get back into the habit of making my own bread. I was getting lazy, but now that I've moved and am kind of starting a new phase of life, I think I need to get back to bread baking. The other day, I made this really nice, soft loaf, and the recipe comes from the Fleischmann's Yeast "Best Ever Breads" booklet.

I added poppy seeds to the top of mine, just for the hell of it. 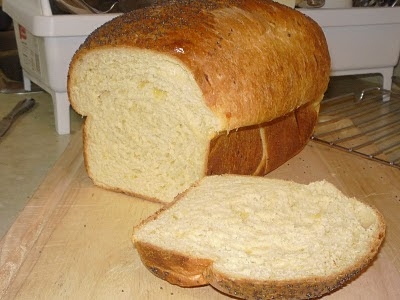 Posted by Wandering Coyote at 2:54 AM 6 comments:

What do you do when you are viciously premenstrual and you just HAVE to have a chocolate, peanut butter, pudding, cake fix? You come across a recipe for Chocolate Peanut Butter Pudding Cake in Canadian Living, while looking for another, unrelated, recipe, and you go for it!

The recipe is here.

I didn't use my slow cooker, but rather my nice old oven. Worked great. Here are the results: 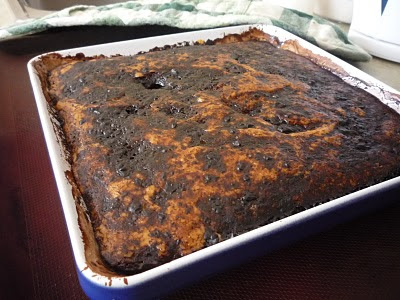 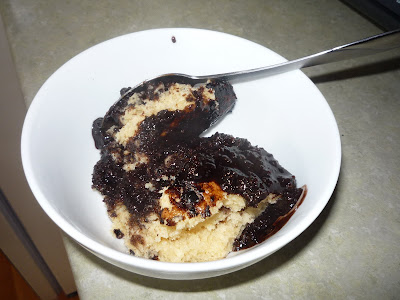 And...I couldn't just serve it nekkid, could I? No! I happened to have the perfect accompaniment: Blue Bunny Peanut Butter Panic ice cream, purchased during recent cross-border shopping trip! As if there wasn't enough peanut butter & chocolate already! 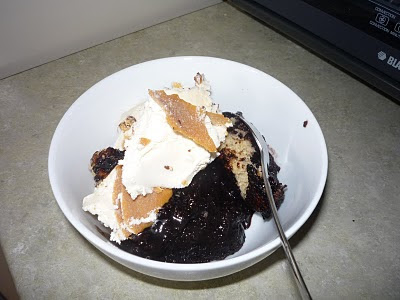 This hit the spot, babies! Totally! The sauce created as this dessert baked could have been a tad thicker, but otherwise, this was a really, really awesome dessert. And half of it was gone 15 minutes after it came out of the oven...
Posted by Wandering Coyote at 4:31 PM 9 comments:

The adventures with my oven continue. The other day I made a loaf of no-knead bread and it turned out beautifully.


The other quirk about this oven is that there is no light. There are three switches on the stove that do nothing from what I can tell, and they are all identical. Yet, there is only one place for a bulb in the oven. I have to figure out if a regular bulb can go in there or if it takes a special one. If it takes a special one, I might be SOL because this one dinosaur of a machine.

I also got a book shelf from a friend who was having a garage sale yesterday, and it turned out to be perfect for my kitchen and all my cookbooks! Now, my collection has a nice new home! 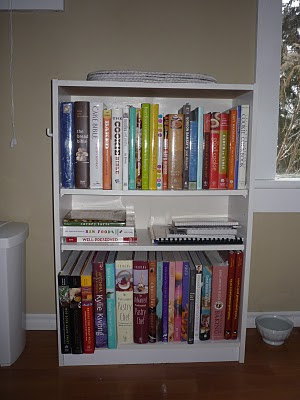 I just cannot keep accumulating cookbooks, though...Says she who just got a copy of the new Giada book from Random House to review...Sigh...

Update: Haz light! The oven took a regular 60W bulb and one of the three switches turns it on. I have no idea what the other two switches do, though! Now I need to clean the oven...The previous tenants left it pretty dirty.
Posted by Wandering Coyote at 1:57 PM 7 comments:

Well, if that title doesn't increase my search engine hits, I don't know what will!

Anyway, yesterday I made a blueberry banana cake at work, and when I took it out of the oven, I noticed that this strange effect had occurred with the blueberries, due to my spreading of the batter... 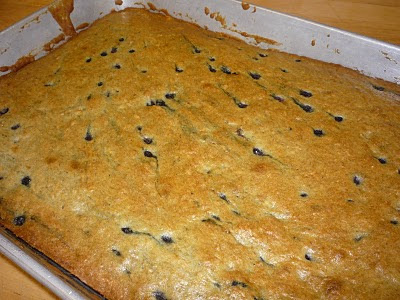 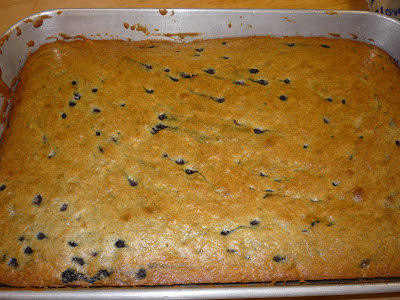 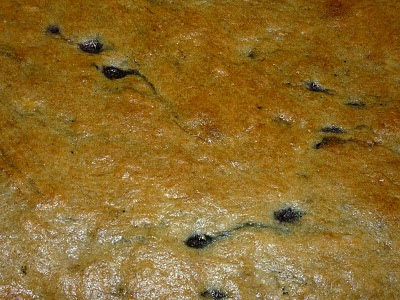 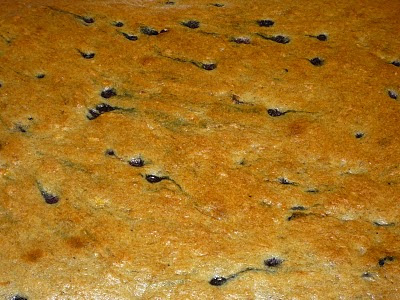 OK, so this has been a time of great transition for me: re-entering the workforce after a 3.5 year illness/recovery period and moving to a place of my own. I have not lived on my own for 13 years! If you want the full tour of my new den, you can see the whole sha-bang here. But in order to keep things relevant to a food blog, let me tell you about my new kitchen & oven. 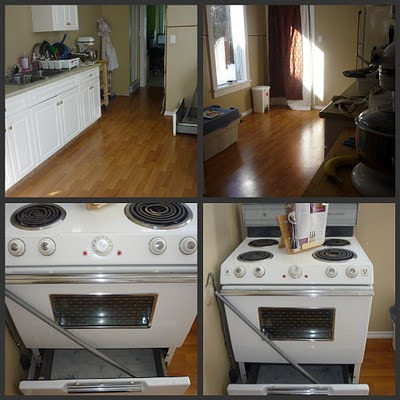 Yes, it's spacious. It's sunny. It has nice laminate flooring. It's a little short on counter space and cupboards, but I can live with that, especially as there is a lovely pantry tucked in under the stairwell. 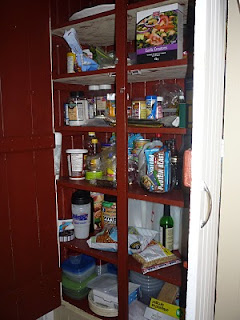 As you can see, the oven & range aren't exactly new. In fact, I couldn't tell you how old this clunker is, but I suspect we're looking at somewhere in the 60s or 70s. I am pleased to report, however, that the elements run like snot. As in, they are fast, efficient, and freaking HOT. The surface of the range is also coated with something pretty nifty, too, as it's extremely easy to clean.

But my main concerns were about the oven. I am acquainted with the previous tenants (she is my hairdresser and a Mormon who bakes like there is no tomorrow) and when I had my hair done the last time, before I even knew I was moving in here, I asked about how the oven worked since the door doesn't close properly. She said it worked awesome and that her breads all came out fabulously. She had tried using some velcro to secure the door, but I don't think that worked well. Even so, and oven that doesn't close properly is bound to be far less efficient and not something in which I'd want to bake something like a cake. Fortunately enough, my brother & SIL, who own the building & live in the other half of the duplex, are currently hosting another previous tenant for a few weeks as he prepares to move to another province, and this guy happens to be a chef. He thought this stove/oven was totally wicked and that it was one of the best he'd ever worked with. Last night, I asked him about the oven door, and he said he solved the problem by propping the door closed with a stick.

Well, this was a brilliant idea. And I happened to have a bunch of metal pieces of a closet organizer I won't be needing since I am blessed with an abundance of closets with shelving built in or organizers already in place. One of the pieces is an adjustable leg, and today I rigged the nice little set-up you see in the first picture. The bar rests in the drawer of the stove and under the handle, supported by the wall, keeping the door firmly shut.

It worked like a charm. According to my oven thermometer, the oven is about 25F colder than the dial setting, but that is just fine. And this afternoon I baked a cake!

I found a recipe in the latest Food Network Magazine for Marmalade Cake, and it so happens that I have this jar of marmalade kicking around from the Sangria Chicken I made some time ago. I'm not too fond of marmalade on its own, but I thought it would be great in a cake.

The recipe is here.

The oven kept its temperature and the cake baked evenly, which is the main thing. I didn't perceive there to be any hot spots, at least where this pan was situated.

Regarding the recipe, it calls for a 8" square pan and I don't have one. I do have a 9" square pan, though, and when I put the batter in it, it was too small. So I decided to bake the cake in a 9" springform cake pan, and that was the perfect size. I didn't make the syrup, but opted instead for a citrus-flavoured cream cheese icing. I didn't have any citrus-y decor stuff on hand, so I used almonds as there is almond in the cake.

The result: OK. Texture was a bit odd due to the semolina flour, but it was a nice moist cake. It could have used more sugar, too, especially because marmalade can be bitter. Combined with a cream cheese icing (I used some of the orange oil from the trio of citrus oils Jodi sent me in the magnificent parcel I received from her in December) this was passable. 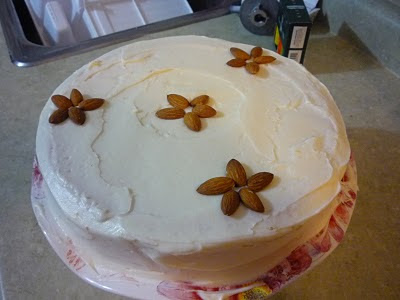 Well, my brother loved it. The chef staying next door and his girlfriend loved it. So, I guess I'm the one in the minority here. I would probably make this again, but I'd make some adjustments: less semolina flour, for one thing, and a tad more sugar.
Posted by Wandering Coyote at 8:17 PM 10 comments: 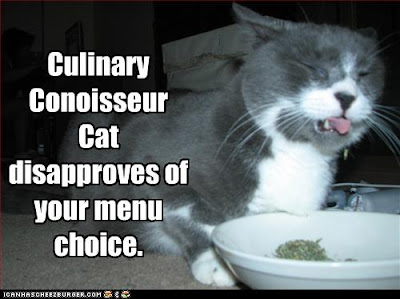 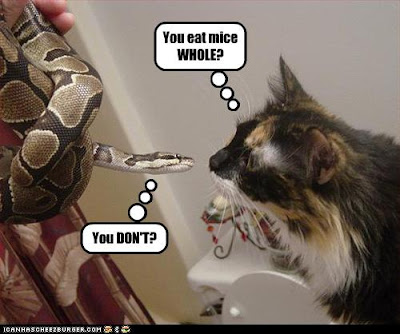 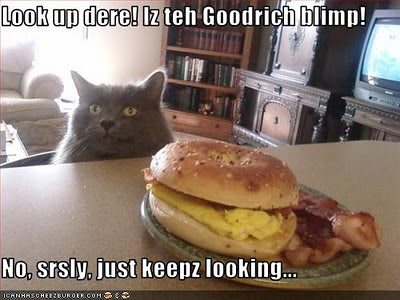 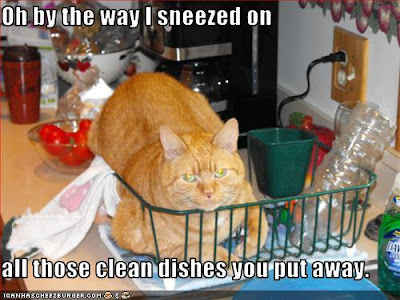 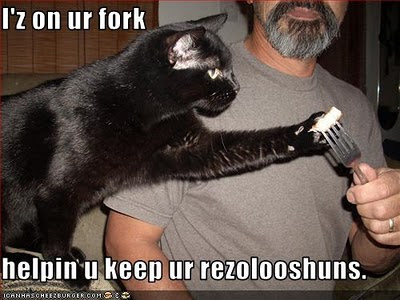 Posted by Wandering Coyote at 12:01 AM 9 comments: 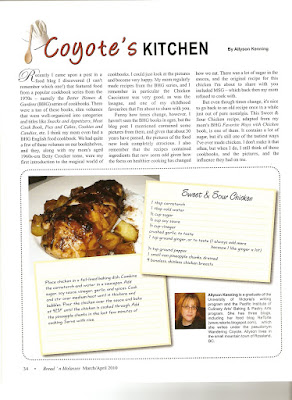